8 Types Of People You Will Find At A Music Festival

In honor of Insomniac’s Electric Daisy Carnival (EDC) making its return to Las Vegas in just a couple short weeks, below is a list of the types of kids you can expect to run into at the average EDM Festival: 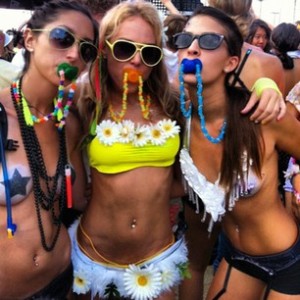 Always willing to trade beads; gotta catch ‘em all. Originally, the colorful beaded bracelets were used as a tool to bond with fellow rave-goers and have evolved into an overwhelming fashion statement for those who feel that one candi is not enough. Wearing next to nothing but pony beads secured with elastic string worth a total of $9.99 (they bought the economy size), the candi kids are a historic staple to the EDM festival community.

How to Spot Them: These characters will be decorated with sleeves full of elaborate candi designs and fuzzy backpacks. Often seen wearing pacifiers on neon chains around their necks, LED tee-shirts that light up in synch with the music, fuzzy boot covers or the extremely functional Tripp pants. 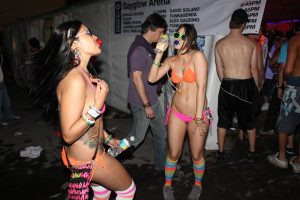 In love with the universe and the crowd in general, this mind-altered raver is seen frequently at the festivals. Tripping out on one or more of a variety of sidewalk pharmaceuticals is the usual protocol for these kids, and will most likely come back to haunt them once they hit the age where they need to find “real” jobs.

How to Spot Them: Teeth-grinding kids sitting against port-a-pottys getting light shows and inhaling vapo-rub from the inside of medical masks give these festival goers away. 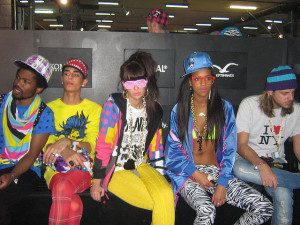 The festival is the biggest and best fashion show for these kids. Albums bursting with photos of every outfit from every angle will go up on Facebook immediately after every night of the event. These kids put more than they pay for rent every month into the elaborate outfits that were custom made for the event.

How to Spot Them: These girls will be rocking either Spirithoods with pasties or extravagantly decorated bras with matching headbands and tutus. Flamboyant guys will be seen shirtless with crazy contact lenses. 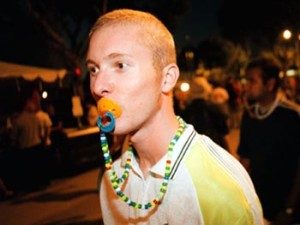 Was dragged along to see Swedish Fish at one of their last shows in LA a couple months ago and is obviously a huge fan now. Favorite songs include “We Found Love” by Rihanna and her guy friend (still confused as to why there are no male vocals on the track) and any song featuring Flo Rida. The n00b instagrammed a selfie with the EDC package and the caption “I am a headliner!”

How to Spot Them: Generally identified by their Deadmau5 baseball cap and “F*ck Me I’m Famous!” graphic tee. 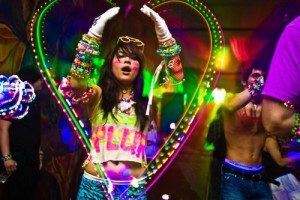 Always willing to give light shows to the passers by and only satisfied once they’ve finally got that one poi trick down that they’ve been practicing for days. Rave lasers are inspiration for the illuminated raver and their mission is to enhance their fellow festivalgoers’ experiences.

How to Spot Them: Usually sporting LED finger gloves and toting poi around while searching for an audience at the edges of the crowds. Always has a backpack equipped with Vicks and individually packaged orange juice bottles. 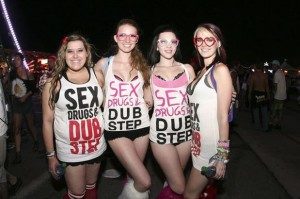 These kids told mom & dad they were all staying the night at a friend’s house before sneaking off to a dusk-til-dawn musical spectacular. They packed nothing but their rave gear in their overnight bags and changed at a gas station on the way to the venue. They saved up their allowance for a whole month to buy passes!

How to Spot Them: Underdeveloped underage girls in underwear running around the venue taking duck-face photos by themselves. Usually wearing too much eyeliner to draw attention away from the braces. 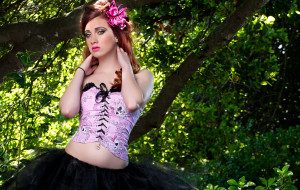 This being is on an otherworldly level at the raves. Connecting with the music and the good vibes being projected from everyone around is what keeps this person energized and alive (the drugs help a little, too). The peace-loving spiritualist remains calm and tranquil amidst the bass and chaos of the festival crowds.

How to Spot Them: Often seen alone, away from the crowds, slowly circling with his or her arms raised to the heavens. This rave-goer will maintain a shut-eye spiritual connection with the universe while swaying to the music. 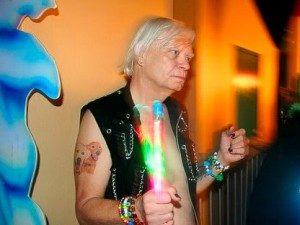 One love. This festival frequenter has heard every episode of ASOT and has been going to EDC every year since, like, way before all of the hype. They remember when the raves were about the music and there weren’t all of these posers everywhere. All of the bandwagon bitches just make the snob sick.

How to Spot Them: Front row for Above & Beyond and Markus Schulz, tweeting about all of the kids in the crowd who know nothing about the music. Trance family for life.