Seven Types of Girls You Will Find In The Nightclub

She’s so hot and she’s always down to have fun. You see her at the clubs all the time and it seems like she’s well-liked. Maybe you’re not a nightlife pro yet, so here is a list of the girls who seem like fun-loving sweethearts that are red flags.

She has a really cute kid, and there are pictures all over her Instagram account of the two of them posing and making faces at the camera. You met her out at the clubs, but she reassures you that her child is her first priority. It’s heartwarming and she seems like a really great girl.

RED FLAG: You’ve seen her out every time you’ve gone out this month. Is it a coincidence? The rest of her Instapics are of confetti drops and DJs. The soccer van comes in handy for shuttling her friends around to all of the clubs every night. Where is the kid when she’s out until 6AM every night? The obvious lack of responsibility should warn you that she isn’t a girl to take seriously at all. 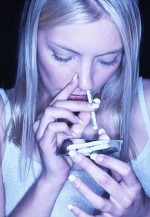 She seems really happy and fun for about 20 minutes until suddenly she gets really upset. You feel kinda bad for her at first because she’s lost her friend Molly and seems to have asked everyone around if they’ve seen her. She’s frantic, so alert and so set on finding this girl. She seems really tense and you want to help her out.

RED FLAG: She doesn’t have a friend named Molly and she definitely just did a line of some kind of white substance, right off of your table in the club! Maybe it’s just a phase, maybe she can stop whenever she wants. Being associated with any girl who is so deep into illegal activities (and so openly) is just bad news. Don’t be the guy who is brought down by association with a dangerous thrill-seeker like this girl.

She gets everything she wants and she parties every night. She’s really nice when she sees all of the alcohol you and your friends have at your table. She’s a great conversationalist and she’s so entertaining and witty. She makes you want to take her out with you every weekend.

RED FLAG: Every time you invite her out, her first question is, “do you have a table?” She’ll stick around until the liquor is gone and then she mysteriously disappears every night. If you’re not going to the clubs, she always seems to be busy. She doesn’t want to be friends with you because she likes you. She wants to pretend to date you because you or your friends will get her bottles in the clubs. 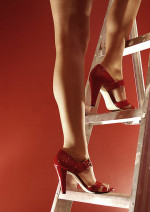 Before you started talking to her, she dated the director of nightlife, the managing partner, and the headlining DJ of three of the biggest clubs in Vegas. Maybe she’s really smart and witty, and men in positions of power like that are drawn to her. She’s so nice and well-connected, you love her charm.

RED FLAG: She isn’t even doing anything with her life and you figure out that she only dates these men to get what she wants. Why does she need to go out and party every night like this? Why doesn’t she have any career goals? She is obviously a gold-digger and a free loader. Don’t be the next sponsor for this type of girl, she’ll only use you and leave you for the next best “director” or “partner” who will pay for her habits.

The Blacked Out Barbie

She’s so hot when she arrives. She’s friendly to everyone, the life of the party. A couple cocktails turn her into a dancing queen and you love that she’s so carefree and happy all the time. She’s always fun to go out with and she knows where the best parties will be every night.

RED FLAG: She’s downing cocktails at twice that rate that you’re downing yours. She gets sloppy, and one time, you even saw her kick her shoes off in the casino and stumble to the cab line a the end of the night. Her tweets about “what happened last night lol” are kind of funny until you hear from your friends that she went home with some stranger and woke up at 4PM when she was supposed to do lunch with you that day. You don’t want to be the guy who has to hold her weave back when she’s vomiting last night’s shenanigans at your apartment in the mornings.

She has multiple photos with world-renowned DJs at the clubs every night. It’s kind of cool that she knows all of these guys, and she has really good taste in music. She always wants to go to the clubs with you, and she seems like a lot of fun. Maybe if you stick with her, you can meet those guys, too!

RED FLAG: She talks about after parties sometimes, but never gives details. She says she gets to “hang out” with the DJs, which is cool, but what are they doing in his hotel rooms after the shows? You hear from some friends around town that she’s a little more than friends with some of the talent, and that’s not okay because you thought you were a little more than friends with her, too.

She’s so young and so pretty and she’ll always bring her friends along when you want girls to go with you to the clubs. Maybe you glanced over during the security check at the door and you wonder how she has a Hawaii ID when she told you she grew up in Vegas. I mean, she looks like she’s at least 18, right? She’s in with the lead door hosts and marketing team so she has to be legit.

RED FLAG: If all signs point to “under 21,” then she’s probably under 21. A lot of clubs will overlook this, or maybe her fake ID is just really good. The problem is that you could get in trouble through association. Knowingly associating with underage girls, especially if you work in the nightlife scene, is a terrible idea. It could get you 86’d from the property and could potentially cost you your job.