Seven Types Of Guys You Will Find In The Nightclub

He’s so smooth and you’d be so excited to be on his arm when walking into the clubs. For those of you new girls on the block, here is a list of bachelor profiles that are red flags in the provocative world of nightlife. 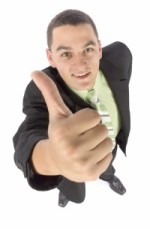 He looks so good in that suit and he’s always taking care of you and your friends in the club. What a nice guy. He gets you complimentary dinners and bottles in the nightclubs every week. He’ll walk you right in and get you lots of drinks and he always offers to take you home if you can’t drive.

RED FLAG: He uses this all as leverage to get what he wants. Just because he treats you and your friends to perks at the venue he works at and shows up at your apartment after his shift is up once a week, does not mean that you’re dating. These clubs are open 4-5 nights a week. If this is happening to you, just keep in mind that he might have another girl for every other night as well. 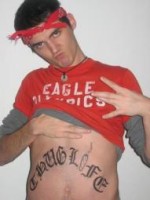 He seems like a celebrated industry guy who has tables overflowing with booze and girls at a different venue every night. He posts Instagram photos every morning of the crazy party he got into and his life seems so glamorous and fun. You’re always welcome to join him in the clubs every night, which is really nice when you just need to get out.

RED FLAG: He doesn’t have a car? Maybe that’s a good thing considering how much he seems to drink every night. He’s a food server at a Denny’s on the strip and has no ambition to move forward from there. He doesn’t care about anyone or anything else if it doesn’t have to do with partying. Don’t let him fool you into thinking that a night out at the clubs counts as a date.

He’s out every single night and he has the best party stories. He’s funny, charming, and persuasive, and he’ll get you into whatever club you want to go to with no problem at all. You know you can call him up whenever you want to have a good time.

RED FLAG: All he does is talk to girls all day. He’s never explicitly assured you that the two of you are exclusive. You are not the only girl he’s talking to and you are most likely not the only girl he’s hooking up with. Just keep in mind that to the party promoter, you are just a number…and a check-off on his guest lists.

He’s opened for every big DJ on the strip, and he says he’s BFFs with them all. He has stories of how he partied with some international DJ one night and they really bonded over the music. How glamorous, right? He’ll tell you about his residencies at top-notch nightclubs in Vegas and LA. He’s so fascinating; maybe he’ll even be famous one day!

RED FLAG: A lot of these douchey DJs will not hit it big, ever. This guy will continue to half-heartedly mash-up top 40 songs as an opener (or worse—closer) on the strip and pretend to be hot shit in town until his short-lived reign is up. A lot of the strip DJs don’t even produce music, they just mix it, and the really talented ones won’t brag about their “awesome best friend,” Deadmau5. Any guy that talks himself up for attention from girls should be avoided.

Maybe he’s only in town every once in a while, maybe monthly or every other weekend. He travels from southern California, has a great job, and has some impressive connections on the west coast. He’s always getting the best tables at the best clubs and he is definitely someone that you want to be seen with.

RED FLAG: He has all of these gorgeous girl “friends.” Some of them are glamour models and some are cocktail waitresses in town. He tells you there’s nothing serious going on with any of them, but it’s so intimidating being around these impossibly beautiful women that he likes to surround himself with. It isn’t the best idea to emotionally invest in a man with this much alcohol and this many tempting females around him at all times. 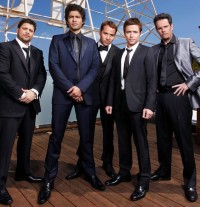 He’s a friend of some friends of some really important people. You think that maybe he works for the resident DJ, or he has something to do with the marketing department since he’s so in with them. You see him everywhere and he seems like a cool guy to know.

RED FLAG: He has nothing to do with the nightlife scene. He tries to make himself look like he’s important by tagging along with the talent and making friends with all of the club employees. He still lives at his mom’s house in Henderson and he hasn’t even bothered to find a career path in the 5 years since he’s graduated from a local high school. What a keeper. 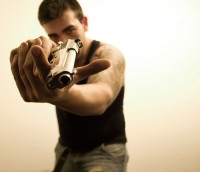 It’s hard to say what he does for a living, but he presents himself so well and he’s always offering to take you out to expensive dinners with dance floor tables at the nightclubs every night. He’s so charming and smooth. He seems so mysterious, how dreamy!

RED FLAG: It’s hard to say what he does for a living, but all signs begin to point to no good. Why is he in the clubs every night? How does he afford these expensive tables every time? He tells you that he’s an entrepreneur and he owns some “businesses.” He dabbles with “importing” goods. If he can’t tell you exactly what’s paying the bills for his luxury car and his gorgeous strip condo, he probably isn’t someone you want to get too involved with.